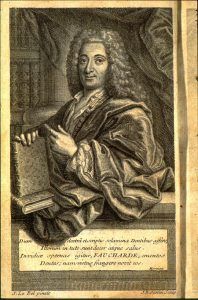 At Shirck Orthodontics, we use plenty of state-of-the-art technology and techniques to help our patients achieve straighter, more beautiful smiles, but the truth of the matter is that orthodontics and braces have actually been around for a very, very long time. How long? Gather around, because it’s History Time with your orthodontist in Heath, OH, Dr. Jeffrey Shirk! Today, he’s going to answer such basic questions as, “When were braces invented?”, “How long have they been around?” and, “Who actually came up with them?”

The Braces of Antiquity

As it turns out, people have been trying to correct crooked and crowded teeth for thousands of years. According to scholars and historians, braces can be traced all the way back to around 400-300 BC. Even noted minds such as Hippocrates and Aristotle took time to contemplate about different ways to straighten the teeth. Archaeologists have also discovered numerous mummified individuals who have what appear to be metal bands wrapped around their teeth, which is believed to be a primitive form of braces.

Orthodontics as we know it today really began taking shape in the 18th and 19th centuries. In 1728, Pierre Fauchard, a prominent French dentist, is credited with inventing modern orthodontics, which he detailed in his book, The Surgeon Dentist. He even developed a device called the “Bandeau” that’s an early version of today’s palatal expanders.

Orthodontics eventually became recognized as a science of its own outside of general dentistry around the mid-19th century. A little before that, in 1819, a dentist named Delabarre invented the wire crib, which marked the birth of contemporary orthodontic treatment. Around 1843, another dentist named Maynard introduced the use of gum elastics, and the first elastic made from rubber tubing was invented by Tucker (apparently, all of the dentists at the time were cool enough to just go by one name).

Leaping Into the Modern Day

The tools and methods of orthodontics continued to become more advanced and refined over the years, and eventually, in the early 20th century, Edward Angle (now considered “the father of American orthodontics”) came up with the first classification system for misaligned bites (such as an overbite, under bite, cross bite, etc.) His system is still used today, and he went on to design and improve a number of different orthodontic appliances. He eventually founded the first school and college of orthodontics and organized the American Society of Orthodontia in 1901, which turned into the modern-day American Association of Orthodontists (AAO).

Whenever you come to Shirck Orthodontics, you’re literally benefitting from thousands of years of accumulated research and knowledge…that’s enough to make your head spin! And, we’re now able to provide a treatment the ‘dentists of yore’ probably never could have imagined—Invisalign clear braces, which can straighten the teeth while being practically invisible.

Looking back is certainly fun, but if you want a straighter smile to be in your not-too-distant future, then we invite you to schedule a FREE consultation here at Shirck Orthodontics.